Yes, there’s the Alamo. Yes, there’s Seaworld. But you know what else San Antonio has? Some seriously impressive hiking trails.

One of San Antonio’s top attractions is strolling the River Walk, but if you really want to get moving, then it’s time to leave that colorful, lively strip of restaurants and bars behind for the other more outdoorsy trails in the area. Across all corners of the city, you can find trails ranging from easy strolls that are a literal walk in the park to more challenging hikes that’ll have you going the distance and working up a sweat.

If you’re not sure where to begin, let this list be your guide. These are some of the most popular hikes in San Antonio, and there’s bound to be one that catches your interest, depending on what kind of energy you’re looking to exert and what kind of scenery you’re hoping to enjoy.

Why you should go: See all of the city’s iconic Spanish missions along this family-friendly trail.

You can’t mention hiking in San Antonio without first mentioning the famous Mission Trail. This hike-and-bike path follows the gentle curves of the San Antonio River and takes you in the vicinity of the four structures that comprise the San Antonio Missions National Historical Park (Mission Concepción, Mission San José, Mission San Juan, and Mission Espada), as well as the famous Alamo.

Each mission is just two to three miles away from the next, so you can take a little sightseeing break before moving on with your urban hike. Keep in mind this isn’t a loop so you’ll need to decide how you’re getting back to your starting point if that’s where you’ve left your car!

Why you should go: Enjoy a variety of terrain along this long trail that meanders close to the Medina River.

Located in the southern part of San Antonio, the Medina River Natural Area is a sizable green space that’s perfect for a city escape (without having to drive too far out of town). The longest trail within its over 500 acres is the El Chaparral Trail, or the Medina River Greenway, which starts in the main parking area and stretches east past the natural area and into the Land Heritage Institute’s property.

Visitors will be greeted by a parkland that surrounds a meandering river. The park is also a haven for many of Texas’ beautiful birds, like the green Kingfisher, who flutter around the park’s many pecan and bald cypress trees. This paved trail doesn’t loop back so make a reminder to turn around when you still have enough stamina. There also isn’t any water along the way, so pack plenty for yourself!

Why you should go: This shady, beginner-friendly trail through the forest is great if you’re bringing along your kids or dogs.

Another popular option in the Medina River Natural Area is to take the Rio Medina Trail, which is much shorter and loops back on itself. It’s a good choice if you don’t have that much time, you’re a beginner, or you prefer to walk on a natural surface rather than paved ground. Sometimes you just want to feel that crunch under your feet, you know?

During your hike, you’ll be making your way through the woods near the Medina River, offering lots of shade, which is a big plus if you happen to be out during one of those infamously hot Texas summer days.

Why you should go: Get some elevation and sweeping views along this loop trail.

Eisenhower Park is sandwiched between Six Flags Fiesta Texas and Camp Bullis, and inside of it, the largest hiking loop you can take is the Hillview Natural Trail, which roughly follows the park’s perimeter. Don’t confuse it with the Hillview Paved Trail — that hike is also within the park but far, far shorter in distance.

Along the Hillview Natural Trail, you can (and really should) make the short break-off to check out the Eisenhower Park Observation Tower, which offers fantastic elevated views of the surrounding hills and a little peek of the city skyline.

Why you should go: Hike by dinosaur footprints that were imprinted in the ground 110 million years ago.

In terms of green spaces, Government Canyon State Natural Area is certainly one of San Antonio’s jewels. Found in the northwest part of the city, this spot has 40 miles of trails crisscrossing its 12,000 acres. Of them, the Joe Johnston Route is a local favorite.

Generally taking anywhere between three to five hours to complete, the Joe Johnston Route takes you past many of the area’s highlights including old ranch buildings, dinosaur tracks, and the 19th-century Zizelmann house.

Why you should go: An excellent view of Government Canyon will be your reward.

We’re not done with Government Canyon State Natural Area yet! The North Bluff Spurs Overlook hike is done by joining together a few different trails. First, you’ll hike up the JJ Route to Recharge Trail, then take the Bluff Spurs Trail to the overlook. From there, head to Sendero Balcones and then the Recharge Trail until you return to the trailhead.

Yes, it sounds like a lot to keep in mind, but the park rangers will be happy to sort you out since this hike is one of the staff’s favorites. Plus, it’s worth the effort, with stunning views of the Texas Hill Country awaiting you at the top!

Why you should go: It’s short and sweet — and in a historically significant area with one of the highest points in the county.

The Tower Loop hike can be tackled in Comanche Lookout Park, a smaller park in the northeast part of San Antonio that gets its name because it’s believed that the Apache and the Comanche strategically used the hill here during warfare and hunting. In fact, this park holds one of the county’s highest points, sitting at an elevation of 1,340 feet.

As its name suggests, the Tower Loop hike brings you to the park’s iconic stone tower, which looks straight out of medieval times but was actually built during the 20th century under the orders of a retired army colonel who previously owned the land. On top of the unique tower, Comanche Lookout Park rewards visitors with excellent panoramic views.

Why you should go: This paved trail offers miles and miles of pleasant hiking, including a nice stretch of boardwalk.

In for an endurance challenge? If you’re looking for a trail you can walk and walk and walk without having to loop back and retrace your steps, then you might want to consider the Salado Creek Greenway. Part of the Howard W. Peak Greenway Trail System, this paved greenway is frequented by both hikers and bikers.

Park your car at 1021 Voelcker Lane and kick off the hike from within Phil Hardberger Park. If you make it to the stretch of the trail by Lady Bird Johnson Park, you’ll get to walk along a cool, creekside boardwalk in a wetland area.

Why you should go: Do some park hopping along this breezy, extra-long trail.

Also part of the Howard W. Peak Greenway Trail System, the Leon Creek Greenway is another great choice for anyone who wants a long trail that’s perfect for exploring. The trail stays pretty flat and takes you by loads of parks, including O.P. Schnabel Park and Leon Vista Park, in case you want to stop for a breather or a picnic along the way.

Stretching between Eisenhower Park and Pearsall Park, this greenway actually connects with the Salado Creek Greenway, so you could draw out your hike even longer if you really wanted to – now that would be one impressive walk!

Why you should go: This sunny trail goes through a popular park with amenities.

If you find yourself over in McAllister Park near the airport, get a good walk in by taking the Blue Loop, which is the longest trail in the park and goes around most of the perimeter. With this one, you’ll want to bring some sunglasses, a hat, and sufficient water since most of the trail isn’t shaded. It might also be wise to time your hike for earlier or later in the day when the heat isn’t making things harder for you.

If you felt like it, you could always veer away from the Blue Loop to take the connecting Red Trail or Playground Trail, both of which bring you further into the park’s woodsy interior. Otherwise, just stick to the program and keep an eye out for some deer. McAllister Park also has a fenced, off-leash dog park in case you bring your pooch along for the walk.

The 13 Best RV Parks Near Water in Texas 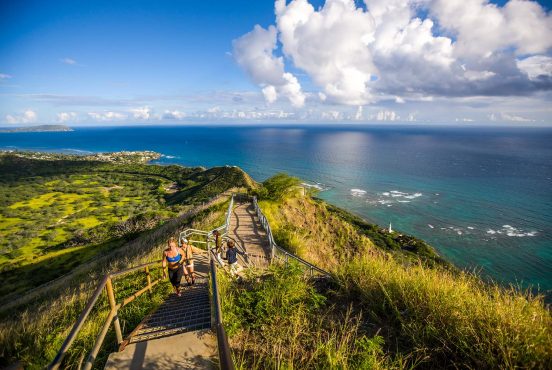 The 12 Most Scenic Hikes on Oahu, Hawaii

From the far-reaching views atop Mount Ka’ala to the tide pools at Makapu’u’s rocky shoreline, Oahu offers many awesome and unique sights to see. 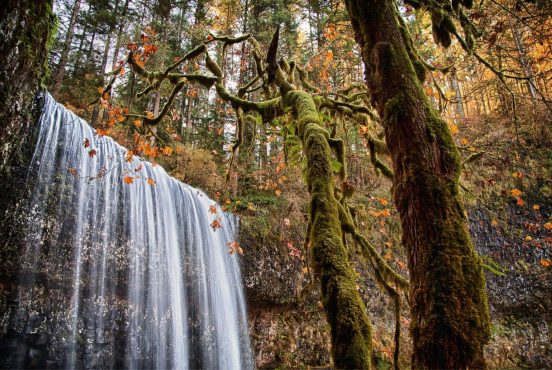 Known as Oregon’s state capital, but otherwise overshadowed in many respects by big brother Portland, Salem is like a diamond in the rough. 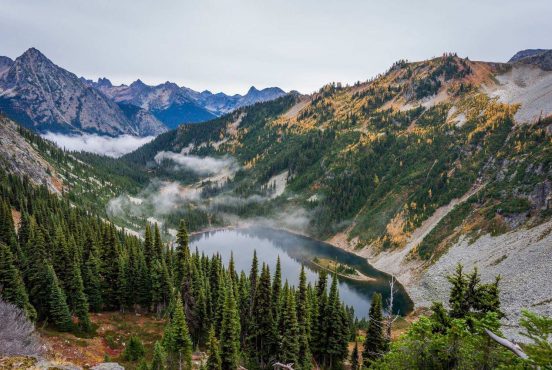 North Cascades National Park is a high alpine wilderness among the most difficult places to access in the lower 48 states. 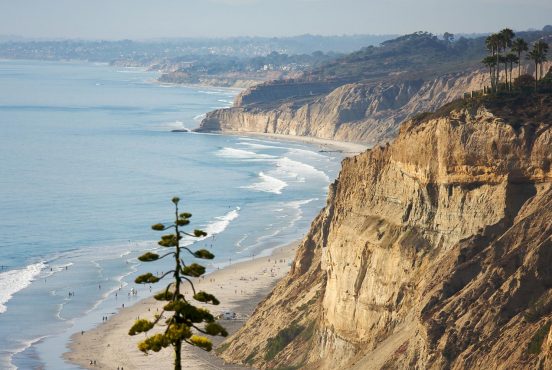 While burritos, beer, and beaches may be San Diego’s claim to fame, you won’t want to pass up the trails. 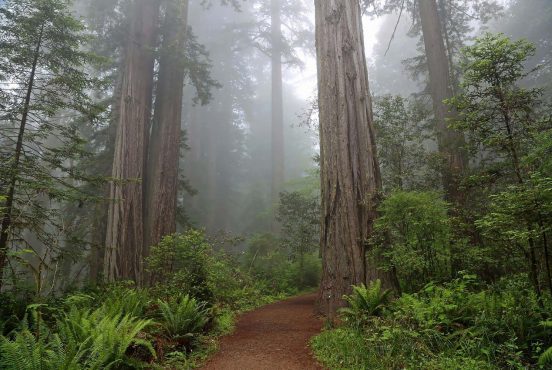 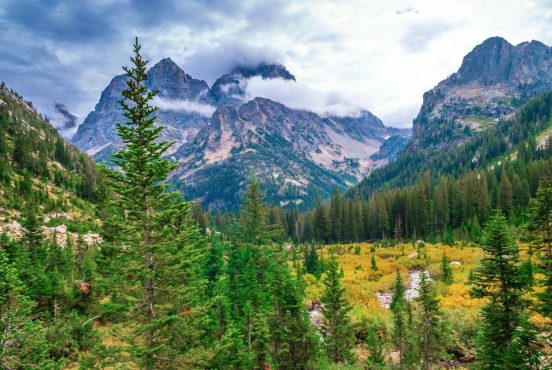 Grand Teton National Park is a place of extremes where serene alpine lakes and dramatic granite mountain peaks draw in hikers from all directions. 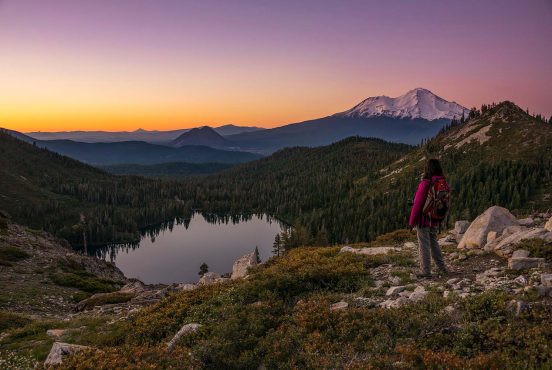 From the Shasta–Trinity National Forest to Castle Crags State Park, there’s a wealth of trail for hikers of all skill levels to uncover. 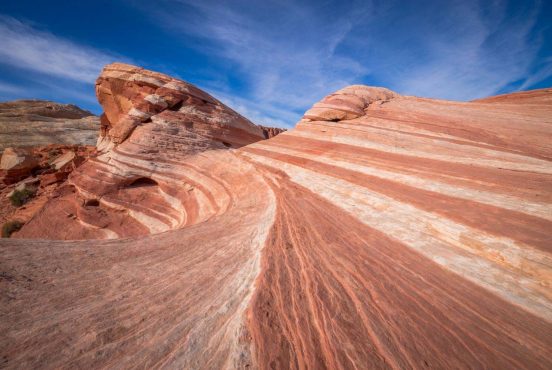 Las Vegas is known for a lot of things — glitz and glam, gambling, and world-class restaurants and shows. But is it really a hiking destination?