From seeing what the state’s other big cities have to offer (each has its own distinct personality) to exploring the outdoors along the Gulf Coast, these are the best weekend trips from Houston. With the numerous attractions in each of these stops, you’ll have more than enough to do for a whole weekend. You may even find yourself already planning your return trip, and that’s no problem seeing as none are more than four hours away by car.

Remember that Texas is a huge state and traffic can drastically change the travel times. You’ll almost always be better off avoiding heading into cities at morning rush hour or out of cities from around 4 to 6 p.m. You can shorten your drive times significantly if you travel during off hours.

You’ve probably heard the phrase “Keep Austin Weird.” So go see for yourself what makes the metropolis so fun and funky by ambling past the boutiques of South Congress Street or bar hopping on Sixth Street or Rainey Street. Of course, Austin is also the capital of Texas, so you can take in the history at spots like the Texas Capitol and the Bullock Texas State History Museum.

One of the best things about Austin is its easy access to nature. The city’s Lady Bird Lake offers a pretty place to go for a walk or kayak, though taking a swim in Barton Springs Pool, a hike up Mount Bonnell, and a walk around the Greenbelt are also all popular activities. There’s also plenty of water-based recreation near Lake Travis, just northwest of the city.

Did you know this city calls itself the “Live Music Capital of the World?” While you’re there, see if you can catch a show at one of the many live music venues across the city, from the small bars downtown to the large venues like the Austin 360 Amphitheater.

With a history dating back over 300 years, San Antonio was one of the earliest Spanish settlements in Texas and is now the second-largest city in the state by population after Houston.

There are a couple of absolute must-sees in San Antonio. First are the San Antonio Missions: The Alamo, Mission Concepcion, Mission San Jose, Mission San Juan, and Mission Espada. Not only are these collectively a National Historical Park, but they’re also the only UNESCO World Heritage Site in the state.

Next up is the famous River Walk, perfect for picturesque stroll along the water past tons of restaurants and shops.

San Antonio is also home to not one but two massive theme parks. Rollercoaster aficionados will love Six Flags Flags Fiesta Texas, and there’s SeaWorld for anyone who’s into marine life. San Antonio is a great weekend trip from Houston for kids and adults as there are a variety of major attractions in and near the city limits.

Though it’s home to the Dallas Cowboys, Dallas has more to see than just football. For starters, there are the great museums, including the Dallas Museum of Art and the Perot Museum of Nature and Science. An important part of the city’s history is that President John F. Kennedy was assassinated in downtown Dallas, and you can learn more about the life and legacy of JFK at the Sixth Floor Museum at Dealey Plaza.

If you like to spend weekends wandering through cool neighborhoods, then Bishop Arts District is the place to go with its local boutiques, restaurants, bars, coffee shops, and galleries. Another fun neighborhood to explore is Deep Ellum, where you can grab a beer at the popular Deep Ellum Brewing Company, enjoy the nightlife, and catch live music. It’s a great weekend trip from Houston, but there’s plenty to do to fill a longer stay if you have more time.

Just a 40-minute drive away from Dallas, Fort Worth often gets lumped together with its neighbor, but it’s its own city with its own attractions. Back in the day, it was an important post along the Chisholm Trail, and you can embrace that history at the Fort Worth Stockyard National Historic District. There, you’ll find the world’s only twice-daily cattle drive, re-enactment gunfight shows, a year-round rodeo, and more.

While here for the weekend, museum lovers may have a hard time picking where they want to spend their time with options like the Kimbell Art Museum, the Modern Art Museum of Fort Worth, the Amon Carter Museum of American Art, and the Fort Worth Museum of Science and History.

When the weather is nice, Fort Worth Botanic Garden is a lovely place to spend some time. Established in 1934, it also happens to be the oldest major botanic garden in the state. And if you need evening plans, check out Billy Bob’s Honky Tonk — the world’s largest honky-tonk bar — where you can learn to Texas two-step while sipping a Lone Star beer.

Related Read: What to See on an Awesome Houston to New Orleans Road Trip

Did you know that Texas has its own wine country? If a weekend spent wine tasting sounds right up your alley, make your way to Fredericksburg, in the heart of the Hill Country. You can either walk along Main Street to pop in and out of the abundant tasting rooms or book yourself a spot on a wine tour shuttle to check out the many other wineries in the area.

Even if you’re not big on imbibing, there’s plenty else to see in Fredericksburg. While you might not expect to learn about the Pacific Theater battles during World War II in the middle of Texas, the National Museum of the Pacific War is an excellent attraction for both adults and children. For an outdoor activity, you can head to Enchanted Rock State Natural Area to hike up a massive granite dome.

If you’re craving an island getaway but not in the mood for a long commute, you’re in luck: Galveston is just an hour away from Houston. This island city in the Gulf of Mexico has 32 miles of shoreline so you can post up for the day at one of the many beaches or go for a long walk along the historic Seawall.

Aside from simply enjoying the sand and sun, you’ll want to plan a visit to Moody Gardens, a tourist destination famous for its three massive pyramids of attractions (the Aquarium Pyramid, the Rainforest Pyramid, and the Discovery Pyramid.) And just a minute away is another popular tourist spot: Schlitterbahn Waterpark.

Another fun thing to do in Galveston is to check out the beautiful buildings from the 19th century during tours of the Moody Mansion and Bishop’s Palace.

Related Read: The Best Stops on an Epic Dallas to Houston Road Trip

For a different coastal getaway, Corpus Christi awaits down south. This is a popular weekend trip from Houston for the Texas State Aquarium, which Atlantic bottlenose dolphins, sharks, and stingrays. Just down the road from there is the USS Lexington, a World War II aircraft carrier since transformed into a naval aviation museum. And don’t forget about Corpus Christi’s other popular museum: The Selena Museum! This one is dedicated to Selena Quintanilla-Pérez, a.k.a. the beloved Queen of Tejano Music, who’s considered a hometown hero.

Being in Corpus Christi also means you’re close to Padre Island, the longest barrier island in the world at 113 miles. The easiest way to reach it is to drive from. the city center across the causeway to Mustang Island State Park. With more than five miles of coastline, this barrier island park has options for surfing, fishing, hiking, kayaking, and more. You can also camp here if you want even more beach time.

Related Read: The 11 Best Small Towns in Texas To Visit This Year

Established in 1845, New Braunfels was originally settled by German immigrants, and that history lives on in more than just the city’s name. To learn more about New Braunfels’ heritage, make your way to the charming historic district of Gruene (pronounced like “green”) where you’ll find the oldest dance hall in Texas.

The rest of your weekend in New Braunfels is best spent by the water. Depending on how you feel, that might mean renting a tube and floating the Guadalupe or Comal River, lounging by the river at Landa Park, or spending some hours at Schlitterbahn Waterpark and Resort (the first of the Schlitterbahn parks to open in the state.) When you work up an appetite, head to one of the town’s several German restaurants like Krause’s Biergarten or Friesenhaus.

There are many places worth visiting within Texas, but hopping the border into Louisiana is one of the best weekend trips from Houston for a mini-vacation. One of the main reasons people travel to Lake Charles is to try their luck at one of the casinos. There’s the Golden Nugget Hotel and Casino and the L’Auberge Casino Resort, and they’re conveniently right next to each other so you can easily check out both during your trip.

Aside from gambling, both of these resorts have other amenities to fill your time with including golf, pools, a lazy river, and shopping. And is it really a trip to a casino without the buffet? Each resort has its own all-you-can-eat option.

When you need more fresh air, you can go to Prien Lake Park, which offers 29 lakeside acres for your recreation and relaxation.

More to Love About Texas

9 of the Best Day Trips From Austin, TX

11 of the Coolest Glamping Destinations in Texas

Cindy Brzostowski is a full-time freelance writer focusing on travel and other lifestyle content. Originally from Texas, she is currently based in Berlin. Her work has been featured in Forbes, Thrillist, TripSavvy, The Culture Trip, and more. When not writing, reading, or eating, you can probably find her making an itinerary for her next adventure or dreaming about pizza. See more of her work at Cindybrz.com or follow her adventures on Instagram @cindybrz. 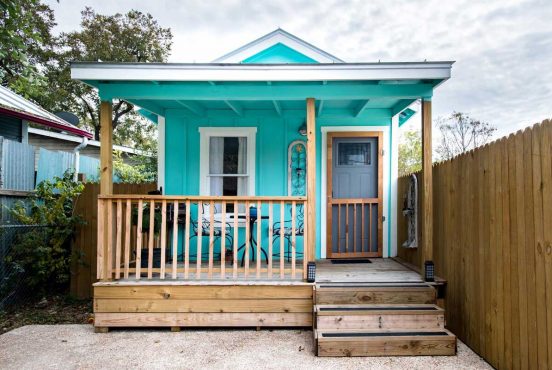 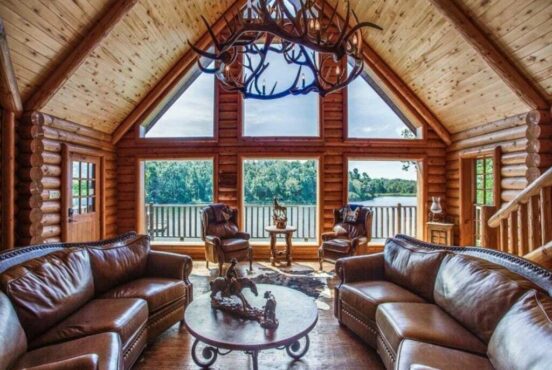 10 Luxury Cabin Rentals in Texas for a Pampered Getaway

Immerse yourself in nature without having to say goodbye to all the comforts and conveniences you love. 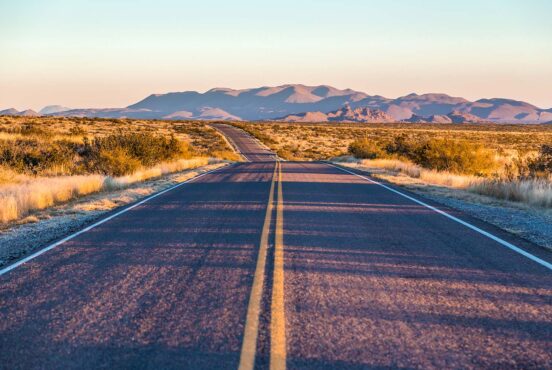 At the western tip of Texas, El Paso stands as a gateway to adventures across multiple states. 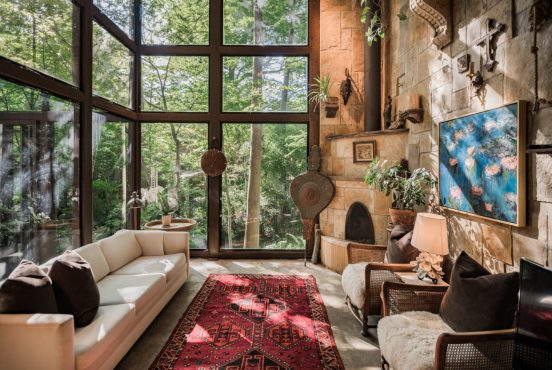 This Dallas Treehouse is a Secret Oasis in the City

Discover the Treehouse in Dallas, Texas, and why it quickly became one of the most popular short-term rentals on Airbnb in no time at all. 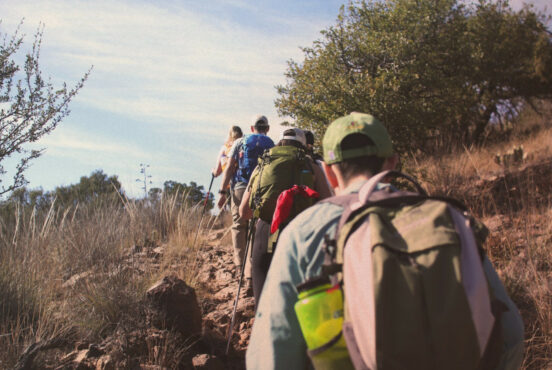 Personal Growth in Nature: A Q&A with OutPass Trekking

Tips on overcoming the anxiety of group travel and how to grow personally and professionally from time spent outside. 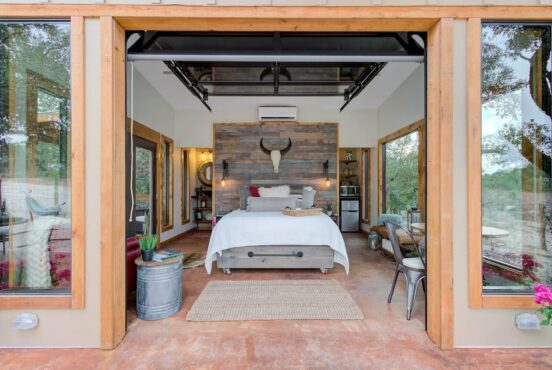 With a stay at one of these choice houses, you’ll see how a small home can open the door to big adventures. 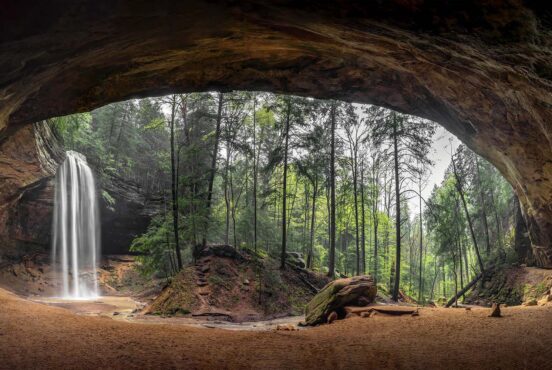 Get ready for a weekend on the road to the midwest's finest destinations. 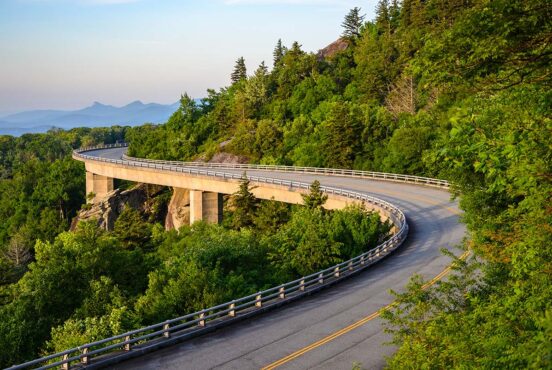 There are tons of excellent road trip ideas from Louisville, Kentucky, thanks to its convenient location near other midwest cities, the sprawling Appalachian mountains, and more.