The 10 Best Things to Do During Fall in Connecticut

Grab your flannel and Blundstone boots to discover the joys of autumn in Connecticut.

Most people think of yacht clubs and Yale University when Connecticut is mentioned. But the third smallest state packs a lot of punch when the autumn months arrive. While most folks in the New England area might be taking a scenic drive in New Hampshire to view epic fall foliage, be the smarter person and stick around Connecticut to experience a true New England autumn.

Whether you want to venture through a real-life castle, drink yourself silly on hard cider, or don some kilts at a Highlands festival, Connecticut is the place for you this fall.

There is nothing more iconic than picking apples during the autumn months in New England. Luckily, the soil and weather that graces Connecticut during these months are ideal for apple orchards. Usually, apple picking season begins in mid-August into early September (depending on the orchard) although most visitors tend to visit in late September.

Visitors and residents alike can choose from a plethora of orchards across the Constitution State. One of the favorites (and most famous) is Lyman Orchards. As a frequent name on many “top 10” lists, Lyman Orchards built up its name since 1741 when John and Hope Lyman bought 37 acres of land where the Homestead now sits.

During the summer months, you can get lost in a sunflower maze and pick whatever fruit might be blooming. But during the autumn months, pick from several varieties of apples and then grab a pumpkin from the pumpkin patch on your way out. There is also a corn maze and a haunted orchard walk for those who need a bit more fright in their lives.

Move over craft beer and distilleries and make room for the growing sensation of cideries which has spread throughout Connecticut. The New England Cider Co. has autumn-filled flavors including pumpkin- and cranberry-infused ciders.

One of the most unique cideries is Spoke and Spy Cider which offers a chai-inspired cider perfect for a cool, autumn day. Or head to Yankee Cider Company, where they focus on a New England-style cider meaning its drier with a lower sugar content.

3. Explore the Town of Mystic.

Julia Roberts made the small town of Mystic famous for her role in Mystic Pizza — which is an actual pizza shop in town — however, Mystic has far more reasons to visit than a 1980s film.

Create a personalized Oktoberfest with the 32 taps that are constantly changing at the Jealous Monk. Attend the annual Garlic Festival in mid-September which is one of the most popular events. During the entire month of October, scarecrows line the walkways of Olde Mistick Village.

Don’t forget to visit the oldest steam-powered cider mill in the United States at B.F. Clyde’s Cider Mill. Order the donuts, you won’t regret it.

No matter where you live or are staying in Connecticut, the fall foliage around New England cannot be compared. What makes New England incredibly unique is the sheer diversity of tree species that produce all types of color throughout the autumn season.

There are several scenic drives you can take to view some of the best colors, but the best way to view them is to get out on foot. Two of the best hikes to experience the state’s fall foliage are Bear Mountain (the highest peak) and Jessie Gerard Trail which boasts sweeping views of thousands of acres of forest.

5. Go to Scotland Without Getting on a Plane.

The small town of Scotland has more than just the name in common with the country of Scotland. It is also home to Connecticut’s Highland Games Festival. There is no need to jump on a plane and spend an exorbitant amount of money in a foreign country to view some men in kilts. The big festival occurs at the beginning of October every year and invites those who long for step-dancing and caber-tossing to enjoy the festivities.

Other events and activities include a fiddler’s workshop, a “bonnie knees” contest, herding dog demos, and some good old-fashioned harp playing. You will be aching for a wee dram at the end of the day so check out the multitude of distilleries in the state.

6. Check Out Some Scarecrows.

You won’t find any yellow brick roads along the streets of Old Wethersfield. But what you will find is a boat load of hand-crafted scarecrows created by local artists, families, and shopkeepers. The 60+ scarecrows that line the streets vary from spooky to down-right hilarious.

You can also view Scarecrows in the Meadows in Litchfield. This annual event invites everyone in the community to explore more than 50 scarecrows and then vote on their favorites.

Nestled among the chain of hills called the “Seven Sisters,” Gillette Castle’s beauty shines over the Connecticut River. Named after William Hooker Gillette, famed director, playwright, and actor, the castle’s eerie, gothic architecture has captivated crowds for decades. Gillette’s most famous role was Sherlock Holmes and showed the same type of genius designing his home as Holmes’ did with solving crimes.

The autumn brings colorful leaves along the miles of trails throughout the state park. But it also brings a sense of spookiness to the landscape with its medieval architecture despite there being no evidence of it being haunted.

If you have never heard of the Essex Steam Train while in Connecticut, you have probably been living under a rock. Since 1868, the Valley Railroad Company has graced the landscape of Connecticut. Excursions by both train and boat run daily, there are several unique experiences they offer as well. Attend the “Boos, Brews, and BBQ” event where real ghost hunters lead attendees on a paranormal investigation across the station grounds.

You can also take The Salem Express for a family-friendly experience to welcome the famed Sanderson Sisters from Hocus Pocus to Essex. Even if you don’t go for a ride (although it’s highly suggested that you do!), even just viewing the steam train in action is a real treat.

You don’t have to travel to Belgium or Switzerland to experience chocolate delicacies. Instead, Connecticut is home to a large array of chocolate artisans who love to share their passions of cacao with visitors from around the region.

Depending on your location, you can choose from several chocolate outlets along the Connecticut Chocolate Trail. Chocolatiers in southwestern Connecticut include Noteworthy Chocolates where you can have chocolate engraved to whatever you like. Le Rouge Handmade Chocolates in Westport has some of the most exquisite designs on chocolate and are true works of art.

Central Connecticut has Tschudin Chocolates and Confections and Sweet Cioccolata while the southeastern part of the state houses the Chocolate Shell and Mystic River Chocolate. There is no shortage of sweets to satisfy those who crave sugary goodness.

10. Don Your Medieval Armor and Vanquish Your Enemies.

Little ones will enjoy the Knights School where they can learn to be a squire or a full-fledged knight! Speaking of fledging, watch the Knightwings (aka birds of prey) dive through the air in their acrobatic flights. End your day with the classic jousting tournament where knights battle for a fair maiden. Be sure to check out the theme for the weekend you plan to attend in order to have the correct attire — although fun, it’s not required.

Where to View the Best Fall Foliage in New England

15 Fantastic Things to Do in the Fall in Rhode Island

10 Things to Do in the Fall in New Hampshire

9 Must-See Waterfalls in Maine You Can Hike To

Fall Foliage 101: Why Do Leaves Change Colors in the Fall? 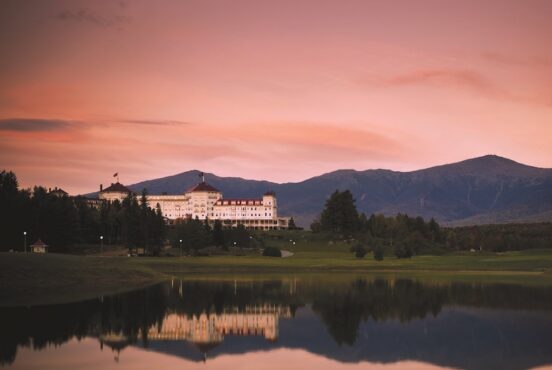 10 of the Best Romantic Getaways in New Hampshire

Historic places, small-town charm, and iconic mountains are just a few reasons why New Hampshire is a special place. 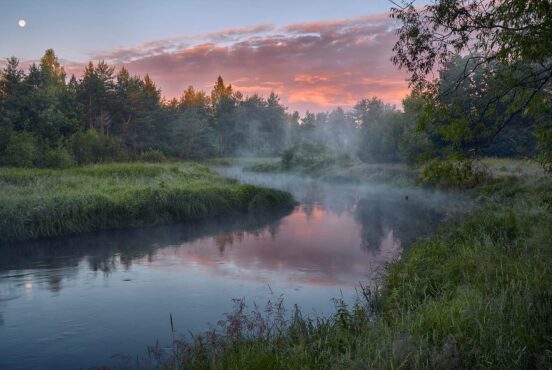 No wonder Vermont is called the Green Mountain State with over 75% of its land covered in forests. 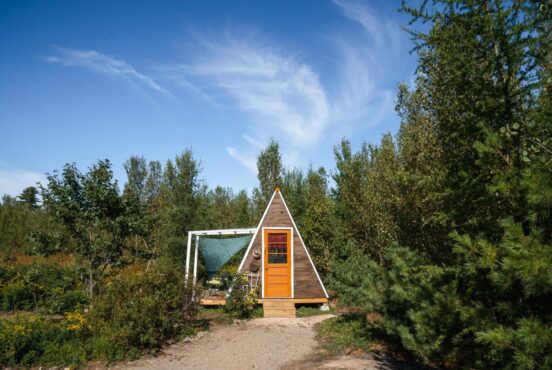 Maybe because it's such an outdoorsy state, Maine offers some amazing glamping options that'll allow you to sleep near the best destinations in Vacationland without roughing it much. 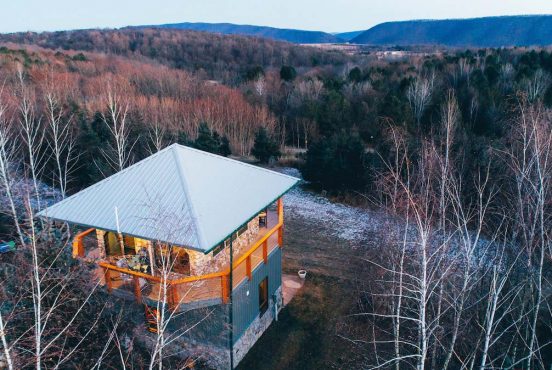 Disconnect and recharge in the rolling hills of the Pennsylvania countryside with these downright charming cabins. 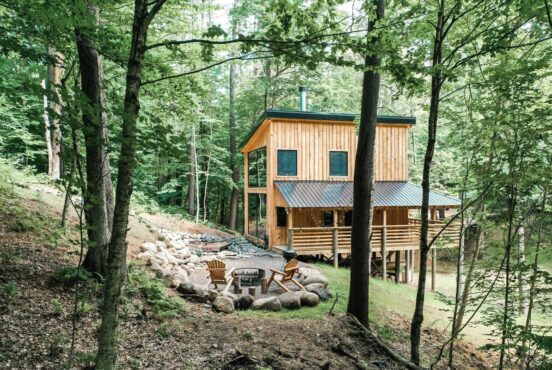 12 of the Best Airbnbs in the Adirondacks

Situated in northern New York, the Adirondacks region consists of the largest protected parkland in the continental United States — larger even than Yellowstone and Yosemite. 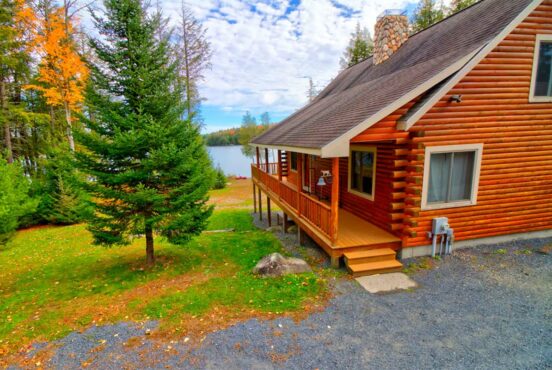 Famous for its lobsters and many miles of scenic, rocky coastline, Maine has a lovely balance of touristy coastal towns mixed with dense, uninhabited acres of forest. 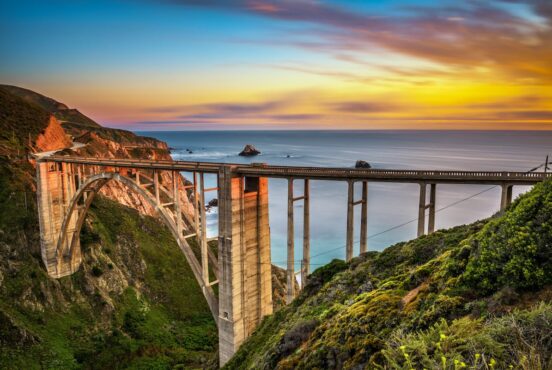 Northern California has a lot on offer — and travelers in SF are well-placed to reach most of it. 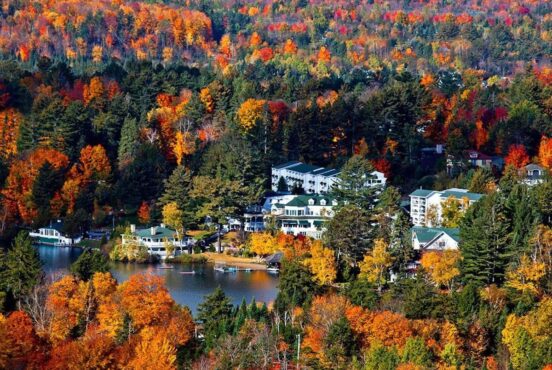 10 Beautiful Mountain Resorts in the Adirondacks

The Adirondacks' six million acres is a massive area to explore, but as soon as you start exploring the region, you’ll notice something — a lot of the ADKs is extremely remote and extremely rural.