Hike Through History on These Stretches of The Oregon Trail

Being in the wild is dope, and so is keeping it clean for future generations. If you’re hiking, camping or backpacking, you can minimize your impact on the environment with Leave No Trace principles and ensure everyone has a good time with basic trail etiquette tips. Now let’s get wild.

The Oregon Trail is more than a simple hike — it’s a journey through time.

The Oregon Trail was once a piece of fiction to me, little more than a storybook setting. A path lost in time when the magic and mystery of earthbound exploration was on its last legs, when the wild unknown was becoming less wild and more known.

I had played the Oregon Trail computer game countless times on the colorful, egg-shaped iMacs in my elementary school’s new computer lab. I don’t know why I was allowed to play the game so many times in my computer classes over the years, but I’m glad I did.

This is how I first learned about America’s pioneer history. The video game taught me that the trail was tough, fording rivers was even tougher, and dysentery meant certain death.

In all of my growing years since, I’ve not learned much more about The Oregon Trail than what that game cemented into my formative preteen brain.

That all changed recently, however, when I read The Oregon Trail by Francis Parkman, a fabulously written take on the trail that is flush with beautiful scenic descriptions, adventurous turmoil, and profound introspection.

Inspired by the book, I traveled out to Baker City, Oregon, where the National Historic Oregon Trail Interpretive Center resides. I then explored the Oregon Trail by foot, walking the same path as the pioneers on a recent trip to Mt. Hood.

That’s right, you too can walk the Oregon Trail. Several long segments of trail exist that can be backpacked or day-hiked, and there are dozens of short hikes around historic attractions, interpretive centers and Oregon Trail landmarks.

Below you will find descriptions of the longer segments as well as links to some of the Oregon Trail’s best short hikes and attractions. Load up your wagon and get moving because we’re journeying from Independence to Oregon City for a taste of life on the Oregon Trail. 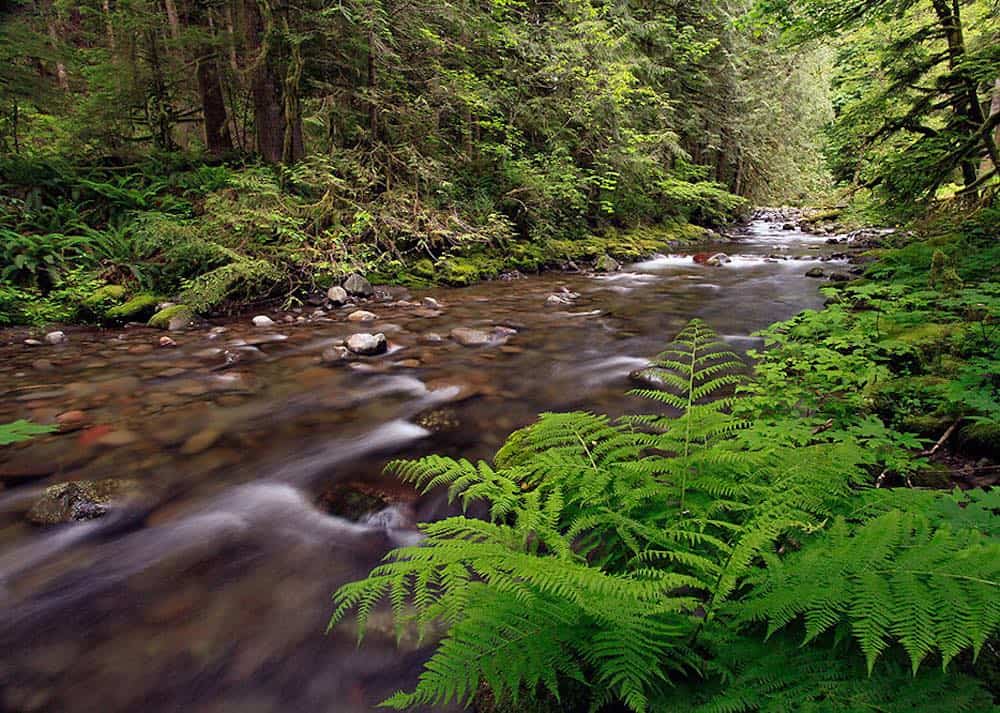 Why you should go: Buried in moss and worn down by time, historic ruins and century-old artifacts are a delight to find along this trail.

Barlow Road was the preferred route for Oregon Trail travelers continuing west from The Dalles. This wagon road cut through the thick forest and volcanic landscape of the Cascade Range, making its way up and around the southern slopes of Mt. Hood.

“The woods are quiet here and the understory is clear: this is an ancient forest,” says Bobcat on Oregon Hikers.

The only other option for pioneers was an expensive and risky rafting trip down the mighty Columbia River. If you ever played The Oregon Trail computer game as I had, you know that this is the most treacherous part of the entire adventure.

Many of the settlers wisely opted to keep their feet (and wagon wheels) on the ground. But Barlow Road wasn’t free, either. Settlers looking to reach the towns of Sandy and Government Camp had to pay the tollman to continue beyond tollgate #5, a relic that has been recreated and can be seen on the trail today.

Hikers on Barlow Road will travel across upland prairie and through thick coniferous woods alongside the rushing waters of the Sandy River on this epic mountainside trek.

Why you should go: Hike from the wilderness to town, or vice versa. The wildlife viewing opportunities are beyond compare.

Guiding travelers along the Bear River in Wyoming’s southwestern corner toward Fort Hall in Idaho, the Bear River Divide segment of The Oregon Trail is where many pioneers decided to end their journey and thus populate the Bear River Valleys of Utah and Idaho.

Access to this trail, the Bear River, and a network of other trails in the greater Bear River Divide Management Area can easily be had at Bear River State Park. An on-site visitor center is a great source for the history of the trail, and nearby pastures are often populated by wild bison and elk for your viewing pleasure.

The Oregon Trail passes through the town of Evanston, where a gorgeous greenway takes hikers past lively downtown and a wealth of historic stopping points.

Why you should go: Interpretive trails laced with physical evidence of the pioneers that was left behind over a century ago.

Experience the scars of history as you walk the ridge at Blue Mountain Crossing. Wagon wheel depressions are still visible where they scored the ground over 150 years ago, and bordering trees still bear the damage they received from thousands of passing wagon trains.

Rising high above the town of La Grande, a town that many settlers decided to call home, this trail offers stellar views of the lush valley below and the nearby Eagle Cap Wilderness, making for some of the best scenery in all of Oregon.

Interpretive sites and signage are dotted along sections of this trail. Educational opportunities abound here where physical evidence of the Oregon Trail can still be seen.

Why you should go: Experienced two history lessons at the same time at this World War II-era military testing site.

Get a double dosage of history at the Boardman Bombing Range. The Oregon Trail passes through these sagebrush-encrusted arid plains which were once used as a testing ground for explosives by the military during World War II.

This desert-like hike showcases the damage wrought upon the soil by two significant moments in America’s history. Large craters, now filled with grass and brush, mark where bombs dropped from high above ruptured the earth, and deep wagon ruts highlight the path of the pioneers of old.

A pioneer cemetery, stage station, and spring can still be found by those who trek this segment of the Oregon Trail, despite the damage caused by the bombing. The trail itself, remarkably, was left unmarred by the military testing.

Why you should go: Witness the route that made travel to the west beyond the Rocky Mountains possible.

Traversing over miles of grassland and desert sagebrush from Independence Rock, over South Pass, and to a fork in the road called Parting of the Ways, this segment of the Oregon Trail is among the most iconic along the entire route.

“Names were placed on [Independece Rock] through engraving or by painting them with wagon grease, tar or a combination of buffalo grease and glue,” said Carol on Blogspot.

Independence Rock is a popular tourist destination for many reasons, chief among them being the thousands of markings scratched by pioneers into the rock’s surface. Over several decades more than half a million pioneers passed by this rock, many writing their names along with dates and notes to loved ones.

Vast plains and rolling Wyoming mountains create spectacular scenery that harks back to the wild west. The area is saturated with nostalgia, with American identity.

The beauty never ceases en route over South Pass to the Parting of the Ways, a split in the track where wagon trains which had traveled hundreds of miles in line together now would break apart as some chose the trail west toward Idaho while others went south toward Salt Lake City.

Why you should go: Witness the end of the trail, and learn why this was the place where settlers wanted to be.

Experience life on the Oregon Trail at its western terminus. Guided tours and interactive activities such as wagon packing and frontier camping teach visitors what life was truly like on the trail.

Why you should go: This is where it all happened. Pioneers, western expansion, Native American resistance, and war.

The most famous outpost along the Oregon Trail, Fort Laramie served as a waystation for countless pioneers on their journey west. The location boomed with trade and commerce, acted as a gathering place for all sorts of people, from pioneers to Sioux tradesmen to game hunters, and stood as a military garrison when tensions rose.

Why you should go: Witness the beginning of the trail. Here you’ll learn how and why the pioneers made their way west.

Learn the history of the Oregon Trail from where it all began at the eastern terminus.

Inside, museum exhibits recreate the pioneer experience via visual storytelling and atmospheric displays. Ongoing educational films, coupled with a uniquely stocked trail library, provide a wealth of history to explore. The adjacent outdoor field is filled with artifacts and trail swales that brings pioneer experience to life.

Why you should go: Gorgeous scenery along one of America’s most beautiful rivers. Pioneers often camped here, and you’ll see why.

Massacre Rocks, otherwise known as Devil’s Gate or Gate of Death, is a collection of boulders on the south bank of the Snake River that pioneers feared were hiding murderous Shoshone tribesmen.

Though there are no verified massacres recorded at Massacre Rocks, nearby skirmishes resulted in the deaths of numerous emigrants, tales of which spread like wildfire and secured the sinister name’s attachment to the narrow passage.

Why you should go: Read the names and messages of thousands of pioneers which were etched into the cliff face.

This prominent sandstone cliff was an integral navigational landmark on the Oregon Trail, and its easily-scratched surface lent it to constant vandalism by the passing settlers.

Now, visitors can see the countless names and notes inscribed on the cliff face, many of which remain completely legible to this day.

The National Park Service has put together a comprehensive list of hikes and historic sites on the Oregon Trail, including 4×4 dirt paths and horse riding routes. 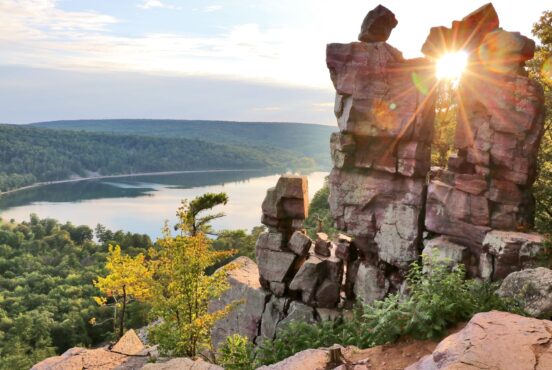 For a taste of Wisconsin's most beautiful natural landscapes and best hiking trails, Devil’s Lake State Park is a must. 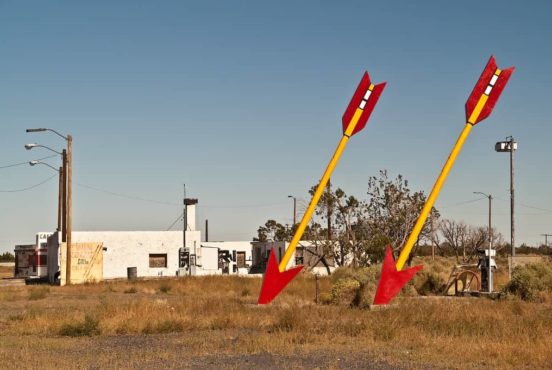 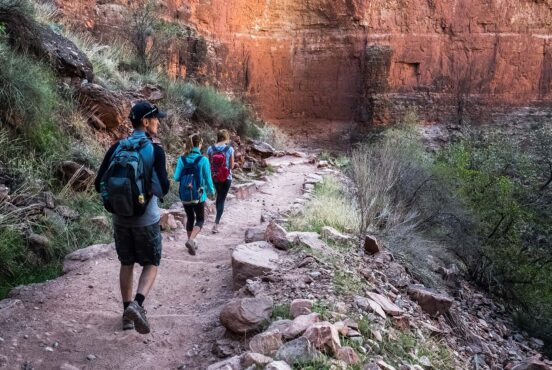 Here’s a list of the top outfitters who offer hiking tours at Grand Canyon, along with a brief overview of the day hikes and multi-day tours that they offer. 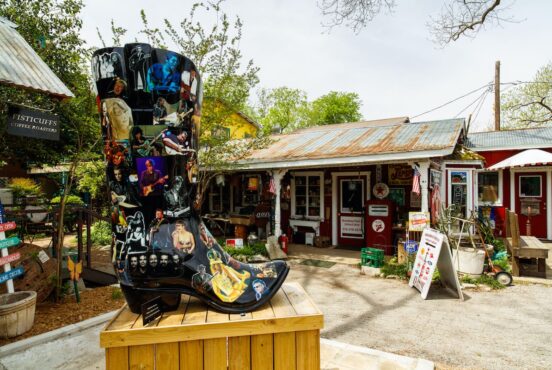 The 11 Best Small Towns in Texas To Visit This Year

Sure, the shows, bars, and events in cities are fun and all, but many of the small towns in Texas deliver big on charm and entertainment, too. 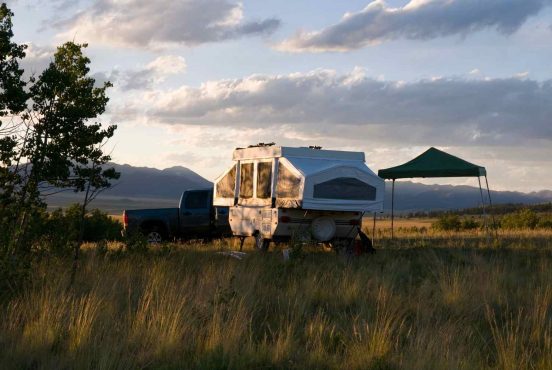 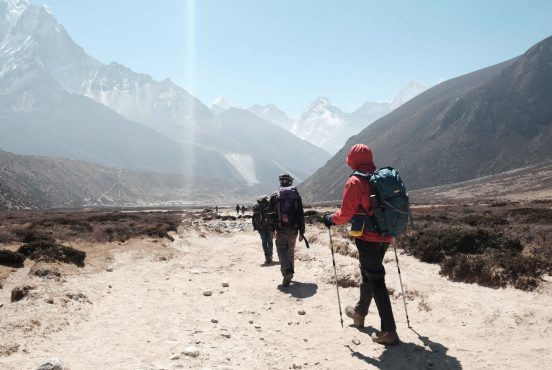 If you could have four legs when you're on the trail, wouldn't you? That's why trekking poles are essential tools for hikers and backpackers. 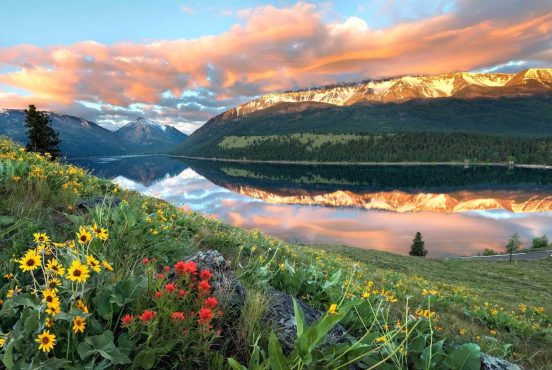 Oregon is rich with lakeside camping opportunities — the state is full of lakes. Each one has something unique to offer. 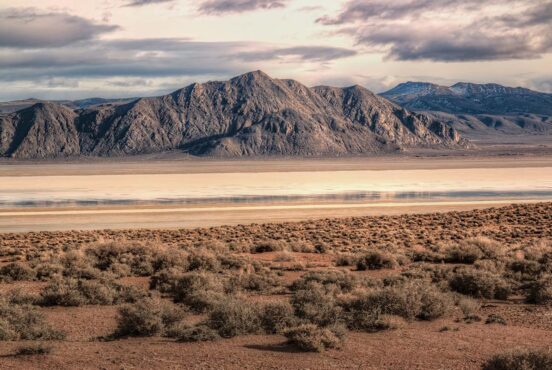 8 Wildly Scenic Drives in Nevada to Explore this Year

Get ready to explore the parks and ghost towns of the Silver State by highway.