The 11 Best Things To Do in Astoria, Oregon

Oregon’s northernmost town, Astoria, sits at the mouth of the Columbia River, just before it meets the Pacific Ocean — it’s near the point where Lewis and Clark ended their epic journey.

When John Jacob Astor established his fur trading post here just a few years later in 1811, it became the first permanent (non-native) settlement on the Pacific Coast. Astoria still has a bit of rough and rugged feel with its 19th-century warehouses and canneries, but that’s also what makes it cooler than most cities.

Combined with its scenic beauty, historic architecture, and fame as the setting of the cult hit film “The Goonies,” it’s a place that shouldn’t be missed when visiting the Pacific Northwest. And really, there are so many things to do in Astoria that it probably deserves a trip all of its own (or at least more than one night.)

“Oh yeah,” you say? “What’s so cool about it?” you say? No problem: here are the best things to do in Astoria for first-time and return visitors alike.

1. Take in the View from the Astoria Column

One of the best ways to start any visit to Astoria is to drive up to the Astoria Column. Standing 600 feet above sea level on Coxcomb Hill, it provides a great view of the city’s layout with unbelievable panoramic views. Not only does it overlook the Victorian homes and buildings spilling down to the Columbia River in Astoria, but also the Pacific Ocean, Saddle Mountain, and the snow-capped peaks of the volcanoes in the Cascade range. It’s easy to find, with signs downtown pointing the way.

Before you climb the 164 steps to the top, buy a small balsa (wooden) glider at the gift shop. After you admire the views and take a few selfies, launch your little aircraft out over the trees. Of course, it might spiral down in tight circles before plunging to the column’s base, but if you’re lucky, you can get it to land on former Astoria Mayor Willis Van Dusen’s roof just below on Irving Ave.

2. Fuel Up at Blue Scorcher

One of the best places to fuel up for your exploits is the Blue Scorcher Bakery & Cafe, famous for its baked goods, especially the cardamon cinnamon rolls. But you’ll also find fruit danishes, mouthwatering scones, and amazing breakfast burritos along with seriously tasty coffee. Just about everything is organic and there are delicious vegetarian and vegan options, too. But you don’t have to get it to go – it has a friendly vibe and outdoor seating, so feel free to hang out and enjoy a leisurely breakfast.

If you’re a fan of 1985’s “The Goonies,” you’ll definitely want to tour the filming sites in the area. And the best place to start is the Clatsop County Jail, which was used in the opening jailbreak scene of the movie. This was a working jail between 1914 and 1976, but today, it’s no longer a place to hold criminals – it became the Oregon Film Museum in 2010.

The museum focuses on the many movies shot in Astoria and throughout the state, like “Animal House,” “Kindergarten Cop,” “Free Willy,” and “One Flew Over the Cuckoo’s Nest. You’ll be able to see all sorts of memorabilia and exhibits about the movies and even step inside the same jail cell from which the villains from “The Goonies” escaped. There are even interactive sets where you can reenact some movie scenes, too.

Directly across the street from the Clatsop Jail is the Captain George Flavel House Museum. This is another “Goonies” site (the place where Mikey’s father worked as a curator), but you don’t have to be a fan of the film to enjoy it. Stepping in the massive 1885 Queen Anne mansion filled with period pieces is like stepping back into the 19th century. The home has gorgeous stained-glass windows, Douglas fir doors, and six fireplaces with elaborate hand-carved mantels. The hardens are also quite beautiful, and many of the plants are from exotic destinations, collected by the captain during his travels.

5. Stroll Along the Astoria Riverwalk

The Astoria Riverwalk offers the chance to stretch your legs and get a feel for the spirited waterfront town. The area is popular with both visitors and locals, and most people start at the Port of Astoria, where hundreds of ships arrive from around the world. You’ll walk underneath the famous Astoria-Megler Bridge (North America’s longest continuous truss bridge) as you meander along the shoreline.

The paved path travels for 6.4 miles along the entire length of the town’s riverfront, showcasing art, culture, history, and food along the way. You’ll pass shops, pubs, the marina, a converted cannery, and the Maritime Memorial before reaching a quieter stretch near Tongue Point, a site along the Lewis and Clark National Historic Trail. If you don’t want to walk all the way back, you can use the Astoria Trolley between Memorial Day and Labor Day to return to your car for just $1 per person.

If you don’t feel like driving (or walking) but still want to cruise around town, you can always catch a ride on the historic riverfront trolley and let someone else do the driving. You’ll be riding on a piece of history as you travel on the “Old 300.” It was built in 1913 and the ride includes tour narration. It’s hard to beat the bargain with at only $1 per boarding, riding as long as you like. And for $2, you can hop on and off all day long.

The average round-trip is about an hour, with the same tracks used for both directions. But the narration changes, so you’ll want to stay for the entire ride.

Whether you’re walking through downtown or taking the trolley, the Columbia River Maritime Museum is worth a stop. If you’ve got kids with you, they’re likely to enjoy it as well. In addition to telling stories of the town’s maritime history, it also features everything from antique cannons discovered in the sand to exhibits on how storms work. There are all sorts of exhibits that cover the historical, natural, and cultural attributes of the Columbia River, with the most extensive collection of Pacific Northwest maritime artifacts you’ll find anywhere.

The museum also offers special 3D movie screenings and classes on topics like building kayaks, if you plan to stick around awhile.

On any given day on the river at the east end of town, you can see hundreds of California sea lions lounging on the docks and swimming the water. As they compete for a space, they’re continually battling it out, barking loudly at one another in the process. It’s quite entertaining. It also makes them easy to find: just follow the oddly loud barking sound until you see ’em. This is also another popular site from “The Goonies:” the fictional “Goon Docks.” Be sure not to drop anything in the water they could accidentally eat.

A short drive west of downtown will bring you to Fort Stevens State Park, a former military installation that guarded the mouth of the Columbia River. The 4,300-acre park provides coastal access, freshwater lake swimming, hiking trails, wildlife viewing, opportunities for beachcombing, and plenty of history.

On the beach is the wreck of the Peter Iredale, one of the most frequently photographed shipwrecks on the West Coast. It’s eerie and haunting, especially when enshrouded in a foggy mist. It ran aground over a century ago, with parts of its hull still visible, sticking up out of the sand on a bar at the park’s north end. In summer, you can take a tour of the underground gun battery and watch blacksmiths at work nearby, too.

Bowpicker has long been the go-to spot for fish and chips in Astoria, offering some of the most delicious dishes you’ll find on the coast. It’s also in a quirky venue: an old fishing boat parked on the grass across from the Columbia River Maritime Museum. There’s always a line, so you know the chunky steak fries and beer-battered fish will be good.

They only take cash, so be sure to stop at the ATM first. You can have lunch at the surrounding picnic tables (if you can find a free one) or just wander along the shoreline until you find a spot to eat.

11. Get a History Lesson at Lewis and Clark National Historical Park

The Lewis and Clark National Historical Park and adjacent Fort Clatsop offer history fans a chance to learn about the Lewis & Clark Expedition. The park tells the story of the famous adventurers, highlighting many of the important places along their route. It also highlights the role Native American guides and tribes played in the development of Oregon. There are changing exhibits, a theatre, and plenty of trails for kids to let off steam.

At the Clatsop Indian village, you can step into a traditional Native American longhouse and explore the fort that sheltered explorers from the wet and windy weather. During the summer, costumed rangers lead living histoory demonstrations, too.

More in the PNW:

9 Best Small Towns in Oregon for a PNW Escape

9 Best Beaches in Oregon for Enjoying the Pacific Ocean

Seen in: Oregon, Pacific Northwest, Things to Do in Oregon

K.C. Dermody is the author of Best Travel Guide for First Time Visitors to Ireland and hundreds of travel articles, online and in print. She’s traveled the world, and when she’s not writing she might be found swimming with sea lions in the Sea of Cortez, paddling among icebergs in Newfoundland hiking through the New Zealand Alps, or enjoying a pint with the locals in an Irish pub.

10 Best & Most Unique Airbnbs on the Oregon Coast 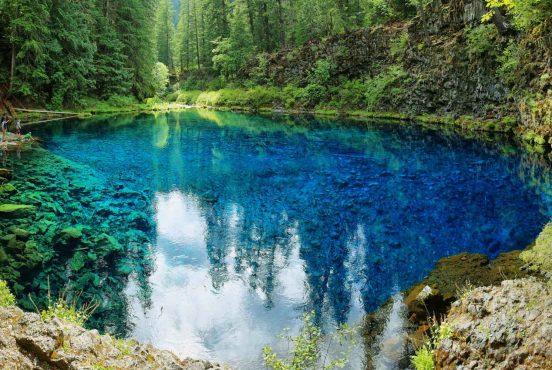 Blue Pool Trail, as its known to locals, is an easy hike to one of the most visually stunning secret spots in Oregon. 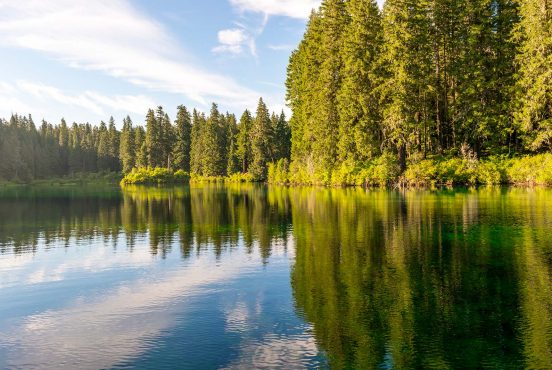 Willamette National Forest lies at the heart of Oregon’s Cascade Range and contains over 1,500 unique campsites. 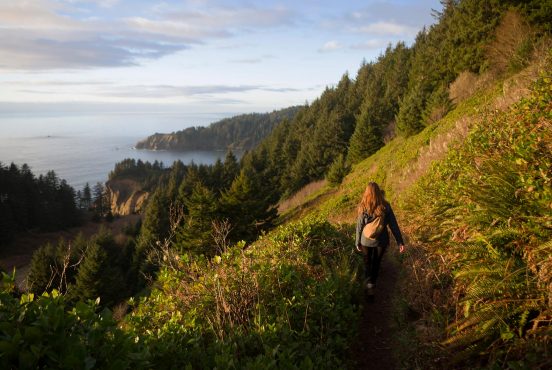 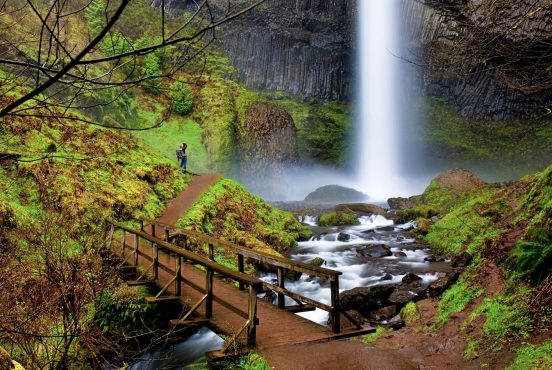 The Columbia River Gorge is home to a myriad of breathtaking waterfalls plunging from vertical basalt cliffs which rise high above the roadtrip-worthy Columbia River Highway. 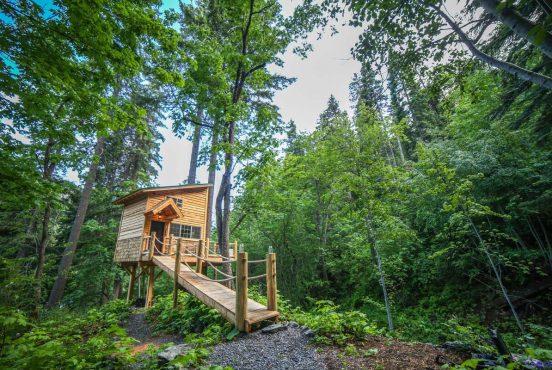 Seeking solitude? Try escaping to one of the many wonderful cabin rentals in Washington state. 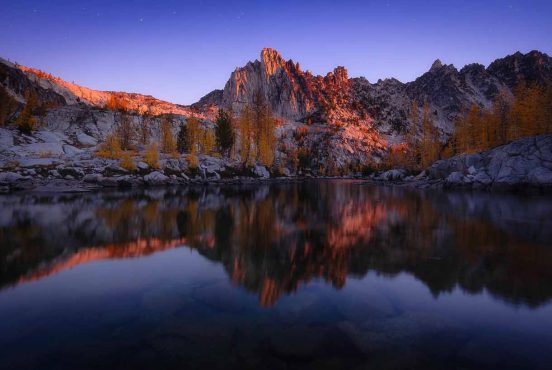 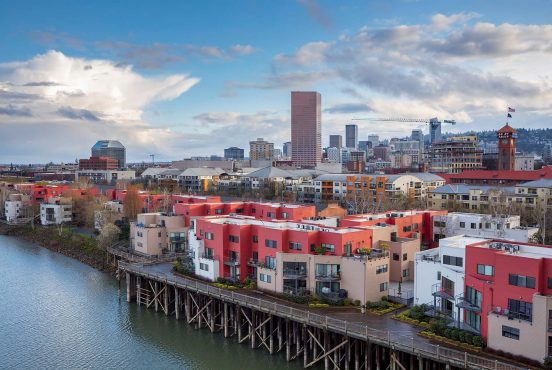 The Best Portland Neighborhoods For Every Traveler 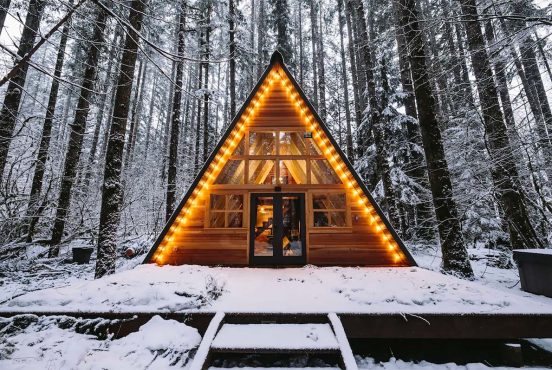 The 10 Best Pet-Friendly Cabins in Washington

Do an online search, and you'll see that one state always tops the lists for being the most pet-friendly state in the country: Washington.